ALEPPO — The United Arab Emirates foreign minister has met with Syrian President Bashar Assad. The meeting marks a significant visit by an Arab leader to Damascus since the Syrian civil war erupted in… 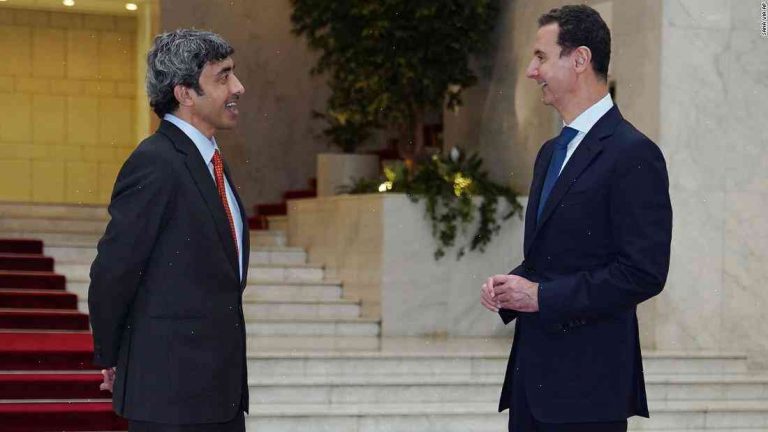 The meeting marks a significant visit by an Arab leader to Damascus since the Syrian civil war erupted in 2011. The UAE, based on the Persian Gulf, is a staunch supporter of Syria’s rebels.

The UAE Minister of State for Foreign Affairs Anwar Gargash said in a Twitter post that the visit had focused on “where we are today” — with a “warring sides” talking with one another — and “what we need to achieve tomorrow.”

Gargash’s post did not give any indication of what was discussed, but a Syrian foreign ministry official quoted in a state-run news agency said Gargash told Assad that the sides should meet and exchange views on “the future of Syria, the way to build national institutions, and move the country back to its historical role as a place for peace and dialogue.”

Assad welcomed the meeting, saying it “positions the Syrian people to push ahead and remain united and free of what is preventable,” according to SANA.

Damascus — facing back-to-back Russian air campaigns — has said little about its ties with foreign states besides Russia and Iran. After nearly four years of fighting, Assad’s government now controls all of the major urban centers in Syria, including the capital, Damascus.

But the country is still deeply divided between Assad and his opponents. The former’s allies have steadily driven rebels from large swaths of territory, but remain battling in Aleppo, the country’s largest city and the last major urban center where there is still substantial fighting.

The United States and Saudi Arabia, both backing rebel groups, have been trying to negotiate a political transition that could lead to Assad’s removal from power.

Gargash’s visit follows similar ones from the Lebanese and Iraqi prime ministers, which took place shortly after it became clear that Syria’s political future is bound to the fate of President Bashar Assad.