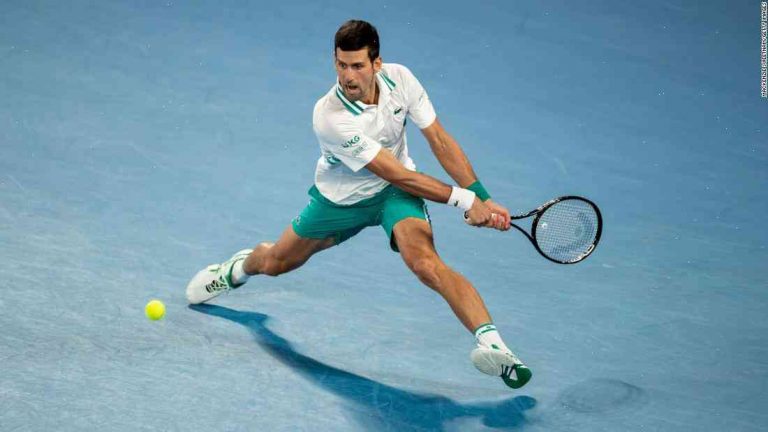 Serbia’s Novak Djokovic is likely to skip next year’s Australian Open following demands to cover the medical costs associated with the hepatitis B vaccine, the player’s father has claimed.

Djokovic, 31, has fought back from the effects of the world No2 spot slipping out of his grasp in April to make it through to the French Open quarter-finals, but his father, Nenad, has now ruled out a return to Melbourne Park in January.

“The next Grand Slam Novak will play is going to be No 8, because, for a while now, he has been ignoring the events,” Nenad Djokovic said. “I believe he will be at that event, but it is time to take a break and to try to understand his next tennis step. We don’t know until then.”

The French Open has emerged as a potential destination for the Serb but a schedule of a week’s competition this summer may not allow time for a warm-up. Nenad Djokovic said his son would wait to see if he could play at Wimbledon.

“That will be decided soon, and then he will talk to us and to his coach [Marian Vajda],” he said. “It is very hard to say now, but after what’s happened, which is two weeks after Wimbledon, this could change his mind. I’m sure it’s in his mind.”

In his first competition since the first round defeat at Roland Garros, the Serb reached the third round at Halle on Friday, having been pushed hard by Russia’s Andrey Rublev in a match of high quality on Suzanne Lenglen court.

Rublev will enter Wimbledon ranked 17th in the world, and made light work of Djokovic in the first set before running out a 6-2, 7-6 (7-5) winner.

Djokovic appeared composed and confident throughout, and would have deservedly finished his opponent off had he not dropped serve in the second and third sets.

Having broken serve in the first game of the decider and saved four break points before sealing it on his second match point, the 31-year-old said: “I really am glad to get through, especially in the way I did. I think maybe I started too quickly and I started to chase shots a little bit too much.

“I fought back and I fought in the tie-break. It was a lot of fun out there.”