Jussie Smollett, the actor who claimed he was attacked and beaten in downtown Chicago over the weekend, is scheduled to appear on NBC’s “Today” on Wednesday morning, after his lawyers last night said that… 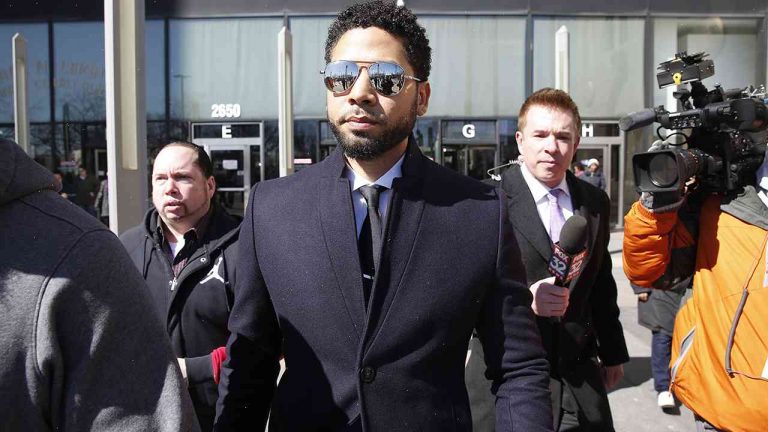 Jussie Smollett, the actor who claimed he was attacked and beaten in downtown Chicago over the weekend, is scheduled to appear on NBC’s “Today” on Wednesday morning, after his lawyers last night said that they are “reviewing the information and facts available to us” about the incident and would comment soon.

But the investigation into the attack has generated a lot of attention, and some legal experts said that may compel authorities to at least bring Smollett to testify at the trial if the case goes to trial.

“The whole thing just begs for him to talk, and it begs for him to tell the truth,” said Chicago attorney Howard Varinsky, a partner at the law firm Dorsey & Whitney. “A trial of this nature — a jury trial, let alone where he could potentially spend some time in prison — demands that every witness be there, and especially somebody of his stature,” he said.

Attorney Randall L. Sherman, who works in the Chicago office of the Levin & Sherman law firm, noted that police believe Smollett had been talking to them about the attack throughout the day Saturday and the whole day Sunday.

“From what he tells you, he really could not be contacted,” Sherman said.

Smollett, a well-known playwright and actor, told police that he was walking down the street early Sunday morning when two men approached him in a parking lot, yelled racial and homophobic slurs, and beat him. Smollett told police he had scratches and bruises on his face and visible damage to his teeth, but his lawyers said in a statement Monday that he had bruises on his body and cuts on his neck.

Police said last night that their investigation has been complicated by inconsistencies in Smollett’s account.

“The truth will come out at some point in time. I don’t know if it will be after the trial,” said Dan Webb, the veteran Chicago attorney who is Smollett’s personal lawyer.

Prosecutors are expected to present details from the attack at a felony grand jury. It is possible that Smollett could be called to testify at the grand jury.

“If that means that he gets to tell his story in a grand jury, I suppose that would be appropriate,” Varinsky said. “If he’s more cooperative at that point in time, that would be fine.”

Whether Smollett is compelled to testify depends on his willingness to participate in the proceedings. He could be required to testify, if police believe there is a strong case, or they could decide to present their case at the grand jury and offer to recommend that Smollett not be charged with a crime. It is also possible that prosecutors could wait until the outcome of Smollett’s criminal case before proceeding to the grand jury.

Webb and another attorney, Victor Henderson, referred questions to police. Police declined to comment on whether Smollett would be called to testify at the grand jury or whether he would testify before the grand jury.

Glenn Selig, a former federal prosecutor and defense attorney, predicted that Smollett would be called to testify if charges are filed.

“I would be surprised if at that point in time they would not,” Selig said.

But Smollett’s lawyers noted in their statement that Smollett would cooperate in the investigation, but asked that authorities provide their account.

“If it becomes clear that Jussie has been falsely accused, we will pursue all available legal remedies. At the present time, we are focused on ensuring that the truth is ultimately brought to light,” they said.

How about some ravioli and dessert with chips, isn’t that just fun?