The Royal Air Force has confirmed cracks have appeared in the tail surfaces of the majority of CH-148 Cyclone helicopters it uses for training. The revelation came as the services warned the industrial gap… 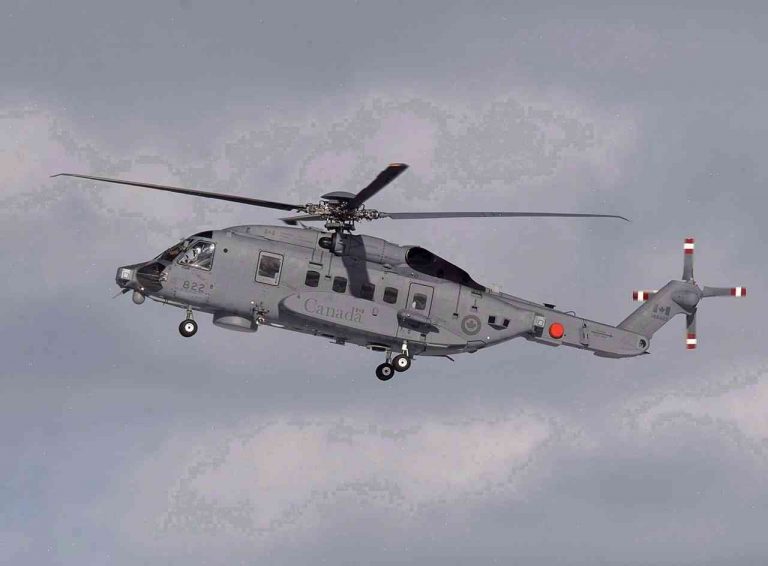 The Royal Air Force has confirmed cracks have appeared in the tail surfaces of the majority of CH-148 Cyclone helicopters it uses for training. The revelation came as the services warned the industrial gap in the transport service to be filled by the arrival of three Tejas fighters at the end of the year.

It is the latest in a succession of problems that have plagued the programme since an engine failure forced Royal Australian Air Force trials of the critical new aircraft to be cut short in 2014. Despite efforts to reduce a £230m bill by re-starting work on the project last year, a recent statement from Air Chief Marshal Sir Stephen Dalton – the RAF’s chief of defence personnel – revealed there was still no firm indication of when the first upgraded aircraft will fly.

The plan to bring up the rate at which the RAF is bringing up its two-strong fleet of Cyclone EH101s to deal with its woes is being carried out by the Industrial Development Partners (IDP) consortium made up of BAE Systems, Sikorsky Aircraft, Leonardo Helicopters and AgustaWestland.

In a statement today the service said cracks had appeared in the tails of “most” of the remaining 46 Airways 1 CH-148s. It added that the cracks, known as flaps, do not pose any danger to pilots or crews. However, it acknowledged the trend had created “a serious industrial gap” within the air force’s transport network.

Addressing delegates at the Royal International Air Tattoo in July last year, Dalton stated: “The [aircraft] project manager has confirmed that our CH-148 aircraft are still in line with the specification required, but of course there are some issues, which had to be dealt with, and I’ll update you on the progress of those in the near future.”

This had previously been blamed on electrical surges and temperature variations on the inside of the turbine blades, which can be upgraded by stripping away parts of the rotors and replacing them with cooling packages. Around 40% of the blades have now been removed. Work is now focusing on tail flaps.

Recovering the programme was confirmed by a statement to Flightglobal at the weekend, when it also revealed that the majority of its Avro Vulcan trainers were no longer needed after the RAF disbanded the first squadron involved in its transfer of aircrew training to Eglin Air Force Base, Florida.

“Additional senior officers were added to the [RAPD] programme in early January to guide and oversee the work on the remaining wing of the Cyclone and build up working capital, as we move towards the delivery of these aircraft in the coming years,” it said.

It added that 50 modifications of the £3.2m tail flaps had been completed – a process that was expected to be completed in the early summer. However, the statement noted: “CH-148 fleet workshare within the Aerospace Cluster at RAF Waddington remains at 80%. We will be actively looking at other opportunities to address the shortening of Flaps in the rest of the fleet.”

It will be the first time the government has formally detailed the extent of the potential industrial gap that the RAF is concerned about because of the delay caused by problems with the development of the new helicopters.

The services have a requirement to increase the rotorcraft fleet from four to nine units to meet future training needs. However, it is understood that a workforce of 350, which for several years had been considered “sustainable”, will be cut to 300 to 500 this summer as the demand for RAF personnel starts to fall.