This is a desperate man who is desperate to erase his credibility, and, perhaps, some 15 months of votes and good will. Doug Ford didn’t really build his legacy by being a good citizen… 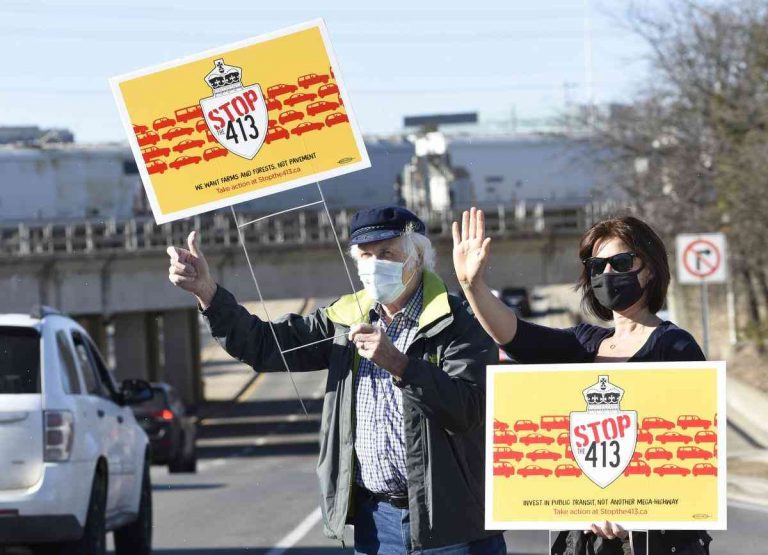 This is a desperate man who is desperate to erase his credibility, and, perhaps, some 15 months of votes and good will.

Doug Ford didn’t really build his legacy by being a good citizen and remembering his family name. He did it by taking on enemies, ignoring facts and using chaos to build his own political resume and flourish.

This is a desperate man who is desperate to erase his credibility, and, perhaps, some 15 months of votes and good will. When it comes to the well-being of Ontario’s drivers, let the high-speed highways, high-density roads and provincial government interventions make their own decision.

Ford’s record as premier, and his battle to preserve highway funding, underscores that politics is not the end game. Instead, it is about creating certainty and demonstrating that governments have the ability to work collaboratively to solve pressing transportation problems.

In response to Ford’s announcement Monday, I could only tell my constituents in Don Valley West that I am taking “the facts seriously.”

In my view, any move toward a tunnel that would extend east and west from the gridlock of Highway 401, would be anything but rational. Doing so would invite every possible problem from the great majority of drivers, and possibly kill one of the largest potential resources of transit revenue.

And that, at the end of the day, is exactly why rational people care enough to weigh in on highway policy.

Northern Ontario is home to some of the best natural resources that are attracted to the region by its attractive climate and quality of life. They are high-tech companies that continue to grow in the region and need large highways like Highway 417, Highway 401 and Highway 5. Northern Ontario manufacturers are a major employer in the region, as are companies from the mines in Thunder Bay. The nearly 1.5 million visitors that stop in Niagara, Oshawa and Woodstock each year are welcomed by the region’s retailers and restaurants. Northern Ontario, and the major reason for our provincial sales, is one strong big highway.

Tunnel proponents say they would attract the same resources to the region by improving connectivity and the quality of life. I have yet to see another justification for the implementation of a tunnel that would jeopardize the region’s economy.

But even if they can come up with a viable strategy, simply building one tunnel would push others to risk an incredibly risky experiment. Which brings us back to Ford’s method of damage control.

The preoccupation with protecting the environment, leaving the existing highway as a continuing draw for workers and trucks, would play to Ford’s man to win plaudits at home. Certainly, it would help him deflect criticism of a nonsensical move, while doing nothing to address the root cause of traffic woes.

If Ford had chosen logic, he would have done an analysis. If tunnel proponents could show the benefits of actually building a tunnel, he would take a serious look at them. He would ask the highway department and the ODST (Ontario’s transportation minister and highways department) what they can do to better manage the process, to be open and transparent to allow for more input and knowledge. Ford would have heeded the call from Hydro One to scrap this outrageous proposal to rob the Ontario taxpayers of potential revenues to help build our infrastructure.

And he would do this knowing that, in the long term, the more we invest in transit, the less we invest in highways.

Without change, there will always be car madness. Instead of building a tunnel, perhaps Doug Ford could move in the other direction, to focus on more appropriate ways to welcome users on to Ontario’s highways, as suggested by the Northeastern Ontario Transportation Alliance.