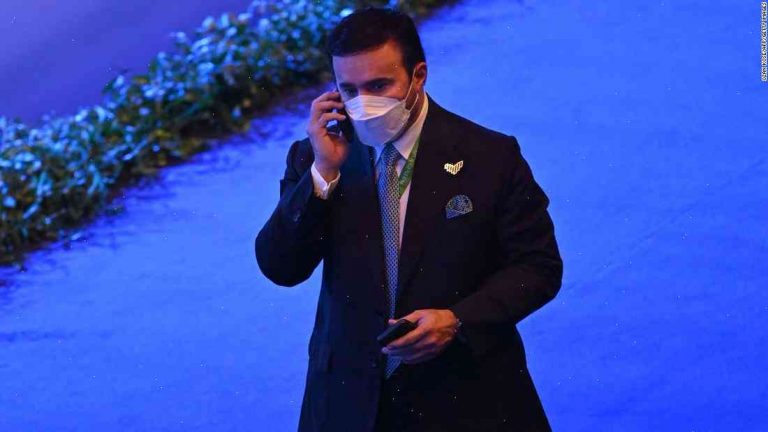 Among several issues, the candidate is accused of overseeing torture during detention

A new Interpol chief was elected Tuesday in Dubai, and the four-year term puts him in charge of the organization’s priorities around the world.

Ahmad bin Mohammed Al-Thani’s term began on August 1, following the Interpol General Assembly electing him over previous candidate Ahmed Al-Khatib from the Maldives. Al-Khatib’s unsuccessful bid has raised questions about his suitability to serve at the helm of the organization.

In a statement issued just hours after he was elected, Al-Thani said the Interpol’s world-class policing action and peacebuilding efforts around the world would continue as normal. “I continue to hold Interpol’s current mandate in my heart,” he said.

The important person in the group

Bin Mohammed was born in the United Arab Emirates to a leadership family that has held two posts in the Interpol’s Board of Governors for the past nine years. He currently serves as the Emirati Minister of State and Deputy Prime Minister.

The new Interpol chief sits on the Executive Committee of the Organization of Islamic Cooperation (OIC) – an intergovernmental organization that represents the world’s 1.2 billion Muslims, with headquarters in the United Arab Emirates – and is chairman of the Global Joint Intelligence and Investigation Center, an umbrella group of member states.

He’s been on Interpol’s Security Operations Committee since 2001.

The person in the hot seat

Opposition to Al-Khatib’s candidacy came from Boubacar Keita, the governor of Mali’s National Authority for Counter-Terrorism. His candidacy sparked controversy because of Keita’s past as a peace negotiator in the embattled Sahel region of West Africa.

Since then, questions about Keita’s role in the torturing of rebels and civilians continue to come to light. During the regime of Mali’s military dictator in 2006, Keita oversaw three prison camps where “at least 40 people died of torture,” according to the international nongovernmental organization Human Rights Watch (HRW).

The incidents of torture are detailed in a 2013 report released by HRW.

“I can state categorically that when I took over the prisons, there was no torture, and there were no prison camps,” Keita told the security council and the United Nations at the time, according to Human Rights Watch.

More questions have been raised in the past few months.

In the wake of the Paris terrorist attacks in November 2015, Al-Khatib was accused of failing to properly investigate the case of one of the attackers. According to a report in Al Ahram, Al-Khatib himself confirmed the presence of torture in prisons run by the Malian authorities “at least once.”

According to Al-Ahram, Al-Khatib, after sitting through interrogation in Paris in the wake of the Paris terrorist attacks, offered a statement that contained the following: “According to information received by the authorities, the al-Amin brothers (the Paris attackers) were indeed imprisoned in Mali.”

After his nomination was withdrawn from the meeting, Al-Khatib was replaced by Bin Mohammed Al-Thani, and the election continued.

Still, the conflict between Al-Khatib and the Malian opposition hasn’t dissipated. Critics of Al-Khatib point to further concerns, such as his claims that the al Qaeda franchise in the Sahara is largely under control of a former West African military officer, following his renunciation of the Islamist movement.

Over the course of his four-year term, Bin Mohammed Al-Thani will need to balance the issues that, in an ideal world, would come before him.