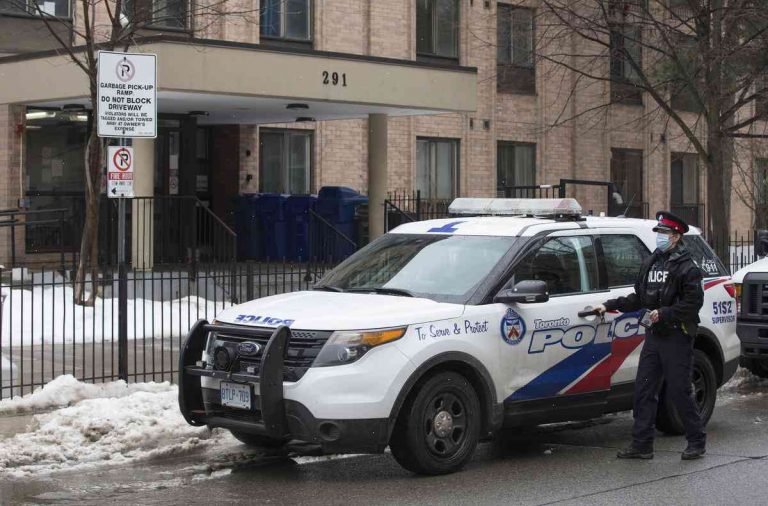 A second person has been charged in connection with the fatal shooting of a man and woman who died in downtown Toronto on Tuesday.

The man, 19, was charged with one count of second-degree murder in the deaths of Keesha Hinds, 39, and Sadiq Ali, 20.

Another person, a 14-year-old boy, was charged with two counts of first-degree murder and one count of attempted murder.

Police have said they are looking for two “armed and dangerous” suspects.

No-one has yet been arrested, and there has been no confirmation from police as to how many suspects may be involved.

Police said no link had been established between the victims and any gang activity.

The shooting occurred on a pedestrian street, a relatively safe district in Toronto.

In the last six months, four other people have been killed in different incidents involving gangs.

In May, a 23-year-old man was shot dead as he sat in his car in the eastern suburb of Scarborough.

In July, a 16-year-old boy was shot dead in the front yard of his mother’s home in a violent gang-related killing in the north of the city.

A month later, three teens were killed in a drive-by shooting after an altercation in the city’s east end.