Tom Holland and Zendaya don’t necessarily share a lot of physical similarities, but their roles as Spider-Man and his girlfriend remind us of what an inspiring pair they are! When describing Zendaya’s new role… 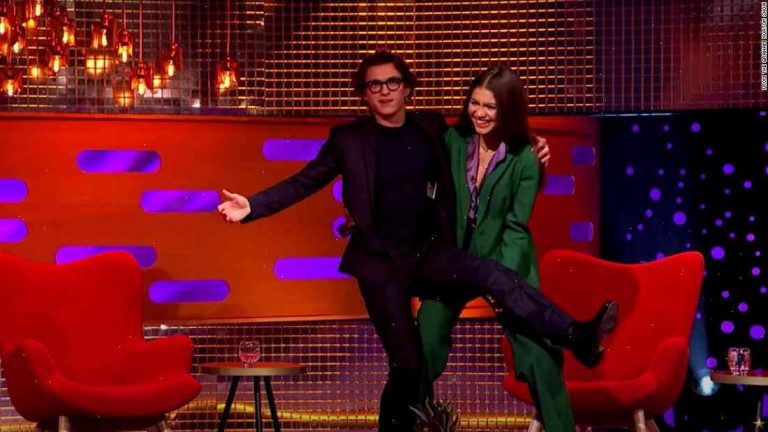 Tom Holland and Zendaya don’t necessarily share a lot of physical similarities, but their roles as Spider-Man and his girlfriend remind us of what an inspiring pair they are! When describing Zendaya’s new role as Miles Morales, Holland stated that it was “so special and fun to be able to retell this story.” However, he was quick to stress that he won’t take over all of the comic book movie work. He is also quick to point out his pint-sized 5’7″ co-star! When talking about their roles, Holland is quick to comment on Zendaya, saying, “She is so amazing. In a scene where we’re in the room together, we can look up to each other. You see a different side of me when we’re in the same room.”

Their summer movie premiere for “Spider-Man: Into the Spider-Verse” where Holland met Miles, was understandably a lot of fun. Holland posted a fun photo of the two, but posted that they had a “Whose taller?” post about it. In the picture, you can see him sitting on her chest, and the caption was, “Whose taller”??

Also this week, Holland shared that he often had to sneak his American Express card into Morocco, a place where he usually tries to stay away from. However, Holland was spot on when he said, “And then, when I’m in Morocco, I’ll always try to look sneaky.” There’s definitely something sneaky about the hunk, and he is probably always more than a little sneaky.

This article was written by Mike Elizondo. We are proud to present this content with our original reporting and content sourced from our independent reporters at DepositAccounts.com.

This story originally appeared on DepositAccounts.com.

Female Afghan activists call on Trump to protect their rights