This summer, several art commissions — installations designed by artists such as Simon Spurr and George Condo — were relocated to new spaces in the newly opened Shanghai Museum of Contemporary Art. Visitors were… 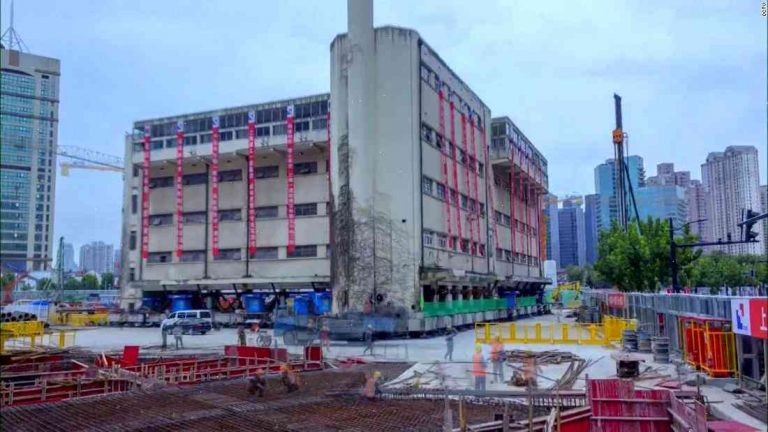 This summer, several art commissions — installations designed by artists such as Simon Spurr and George Condo — were relocated to new spaces in the newly opened Shanghai Museum of Contemporary Art. Visitors were invited to build their own street-crossing paths using sea foam gel.

Led by a group of young students from Business high School, I found myself wandering through the large empty space near the school lobby, talking to passersby. A young woman described her feelings of alienation: “It doesn’t feel very intimate,” she said. “Everything is kind of overstuffed and they’re building museums all over.”

The museum — located on the mall of a former textile mill — is Europe’s largest art space. The building was built primarily for the Shanghai Museum of Modern Art, the city’s flagship contemporary art museum. The Shanghai Museum is also built on former industrial space and is designed by Cesar Pelli and Pierre Yamane.

Spurr’s “Rain Forest Floor” — a shape he installed in 2009 — occupies space on the second floor. “You might be thinking of a little patch of moss, like a waterfall,” Spurr told the Observer in a 2009 article. “But what about a plant of ash? Or a leaf of a leaf of just some of the surrounding weeds?”

Yamane’s “Walkway” is a long staircase leading from a basement to a void, where sculptures are set up to travel to new installations — with a looped route of viewing. A rotating series of smaller works, with LED-illuminated tubing that can be changed, are scattered around the building.

“At the edges you’re entering a space that nobody else enters,” Spearr explained in the Observer.

Scotland in the Gilded Age: 7 of the best golf courses