Years of industrial deforestation have left parts of Lagos Island especially beaches a wasteland of clumps of weed and plastic debris. It would be difficult to rival the residents’ grief at the sight of… 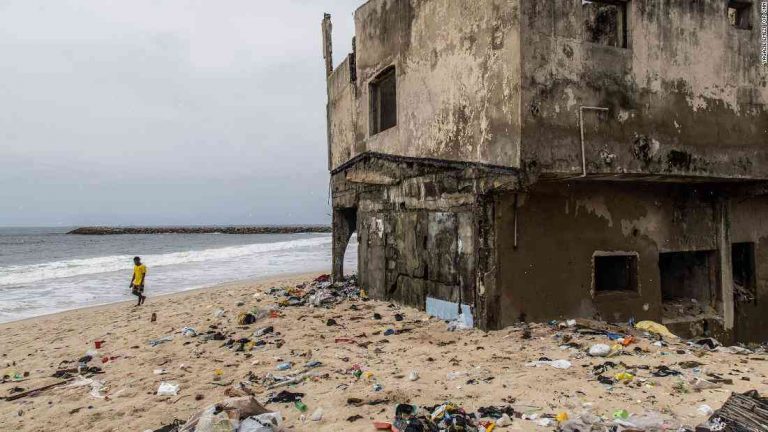 Years of industrial deforestation have left parts of Lagos Island especially beaches a wasteland of clumps of weed and plastic debris. It would be difficult to rival the residents’ grief at the sight of these; the people only know that the state of their beach is a measure of the devastating impact of climate change, which is causing the sea level to rise. So it is not surprising that panic has set in – to some degree – as one residents on the southern end of the island claimed to have now been without drinking water for almost a month. When the residents approached the authorities they were told that the water would be restored only in the next six months.

Most victims of climate change are those on less wealthy islands, such as Kiribati. But the reality of the climate impacts is beginning to occur in Lagos, the economic hub of Nigeria, where an increasing number of businesses are being built on the coast. Most of them do not generate any energy and have not ensured adequate drainage; leaving the soil under the soils slowly washing away. Even non-electric transport tends to be a dirty business, leaving the water running into the homes of the residents or the markets. “You only notice this when we are drinking or cooking and the sea is really inundated,” said a resident, telling how salty water had begun to accumulate on their premises.

Despite the epidemic of malnutrition in the state, and children who are victims of FGM, environmental effects such as climate change have been poorly recognised as an issue for government and citizens.

Residents, especially those on the island, cannot afford to wait and wonder how long it will take the state to restore their water supply. This is especially true as scientists warn that climate change will see drought taking hold in arid regions such as west Africa. “We were not told, let us just trust our government to protect us,” said one resident. “Why should the government be afraid to protect us? There is no rule to protect us. They just knew they are being investigated.”