Written by by Sjana Matfen, CNN “Anger is a strong emotion,” the TV host says. “It’s physically affecting me, we are in for a storm. The storms in south Africa are responsible for many… 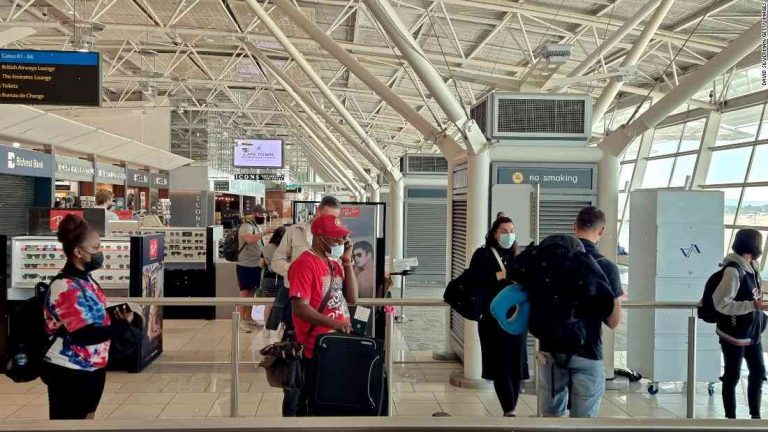 Written by by Sjana Matfen, CNN

“Anger is a strong emotion,” the TV host says. “It’s physically affecting me, we are in for a storm. The storms in south Africa are responsible for many murders. These are not neutral.”

The remarks of Ghanaian TV host Dr. Omeiza Akuffo, who on Thursday morning “produced a storm” in South Africa with comments in defense of a new law that bans public gatherings during three months every year to commemorate the killing of hundreds of black people between 1885 and 1948.

The remarks sparked widespread outrage. Ghanaian social media users have since taken to the comment sections of Akuffo’s own social media accounts to share their fury. Many African nations, including South Africa, have been criticized in recent years for their mandatory public holidays. The practice was banned in 2010 in Brazil in response to concerns over violence and rights abuses after the Carnation Day festival was held, resulting in 23 deaths.

Currently in South Africa, South Africans are traditionally banned from public demonstrations between January 28 and July 14, when the rains stop falling and tourists and entrepreneurs flood the streets.

Akuffo’s comments were meant to be a defense of the law, which came into effect on July 2, she said. The new law could allow the government to continue a crackdown on violent crime during the holidays, something that the prime minister has said would have to be considered.

“The country needs protection at that time, the rain is such a thing, it stops our people from getting raped, robbed and murdered because there is no law on the place,” Akuffo says on television.

“Police will see no different black man is a criminal. A road from Pretoria to Durban is the most luxurious, the most peaceful there is anywhere.”

Former World Bank President Robert Zoellick has described the law as “sensible” and said that barring public gatherings is a “manageable” solution.

“When we, as a government, are faced with horrific crime, we’ll look for solutions to the problem, which certainly include restricting the freedom of movement of those that commit these terrible crimes,” he told reporters on Thursday.

Three months ago, violence broke out on Rhodes Street in Cape Town. In 2016, there were claims of racial profiling on the popular destination. Credit: Francois Durand/AFP/Getty Images

For the law, South Africa has relied on its 2010 Constitution, which incorporates freedom of assembly into its 20th Amendment. Last month, opposition party Mmusi Maimane filed a motion for the President to invoke the emergency powers regulations and the December constitution to revoke the December holiday.

On Friday, South African government spokesperson Eric Lucas tweeted that the government has no plans to rescind the holiday.

“Please note that the Special Period is introduced by law,” he wrote. “We do not plan to amend the Law or revoke any section.”

The South African government was criticized earlier this year after violent clashes on Rhodes Street in Cape Town on National Day of Mourning — an event honoring black liberation struggle hero Nelson Mandela that celebrates the deaths of several black people killed by whites in the country during apartheid.

On Thursday, a group of young men vandalized properties and attacked bystanders, accusing them of being foreigners. Within hours, anti-immigrant groups have mobilized on social media, raising criticism for their efforts to unite black and white people in South Africa.