Everybody looks forward to Christmas but right now we are just finding out that we have got more than the normal number of presents under the tree. The other week, Lewis finished third in… 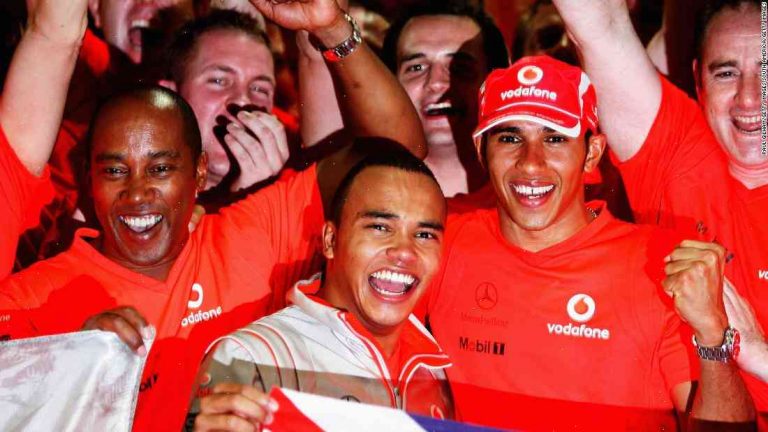 Everybody looks forward to Christmas but right now we are just finding out that we have got more than the normal number of presents under the tree. The other week, Lewis finished third in the Monaco Grand Prix and it seems to have been a watershed moment for the new year.

I am not sure how long it will take but Lewis has started to take on a big new persona. More than his talent, it’s his personality that people were beginning to talk about a bit. I don’t know if that was always the case but in recent weeks people have started to compare Lewis more with Sebastian Vettel and he is in a position to start contending with them in a serious way.

I don’t think that Lewis, as a team-mate, ever had the greatest relationship with Vettel. They did not get on that well but the guys who work for Lewis are also very sensitive and they recognised that, sometimes, Lewis’ quick, abrasive demeanour could make them uncomfortable. There has been some criticism of Hamilton’s behaviour over the years but it was a very understandable reaction and more because I felt it was working better for him in the past but it probably made it hard for him to keep an even keel for the races when he was at his peak.

One thing is for sure: I don’t think Lewis will ever lose his temper. That’s his way of racing. I mean, look at last year when he smashed up Max Verstappen’s car and hurt him badly. It looked pretty amateur but, realistically, is that allowed? It is completely unacceptable. Lewis went off the wagon but it was not anything untoward.

This is not to denigrate his actions but he just has this way of making sure the team are looking after their feelings. He just goes off on a tangent. If you have the occasion to hit the nail on the head, do it. Sometimes it is out of anger. But it shows he has got a huge empathy for the team. He does not get wrong anything. If he can’t explain it, the team do not know and so he is always right there to clarify for them. That empathy will have to come into effect this year.

Lewis may not have the magic wand as well as in the past when it comes to tactics but his new-found popularity means that the focus of drivers and those around him has been on him. It used to be that things became much more bland when someone with a certain aura was around, with drivers and their teams saying things behind closed doors because they felt they had to.

In the past, Vettel was always on the lookout for Lewis’s next trick. Now he will be on the look-out for Lewis himself. Lewis and Lewis will have to maintain that magic and that ambience. That could be a good thing because it may mean there is more time in the car.

All the teams are now under the spotlight in Formula One. Sure, everyone knows the names of the top eight but everyone is now asking, “So what about the ninth, 10th and 11th?” Everyone will be watching and with that extra pressure comes extra determination.

Now is the time to shine, to raise their game. I think everyone is with Lewis at the moment, whether you agree with him or not. I think he still has some work to do in order to win the world championship next year but he has got a lot of fresh air and so much behind him.

I see Lewis going to next year as a different entity to the one that has dominated over the past couple of years. He has now got a different job to do, which is to keep the people on board happy and have the same magic that has made him such a great team-mate in the past.