By Muthoni Wanyeki Nairobi, Kenya In 2008 the novelist and anti-corruption activist Yvonne Adhiambo Owuor found herself in Kenya’s National Library, working on her PhD on social aspects of the entertainment industry. As she… 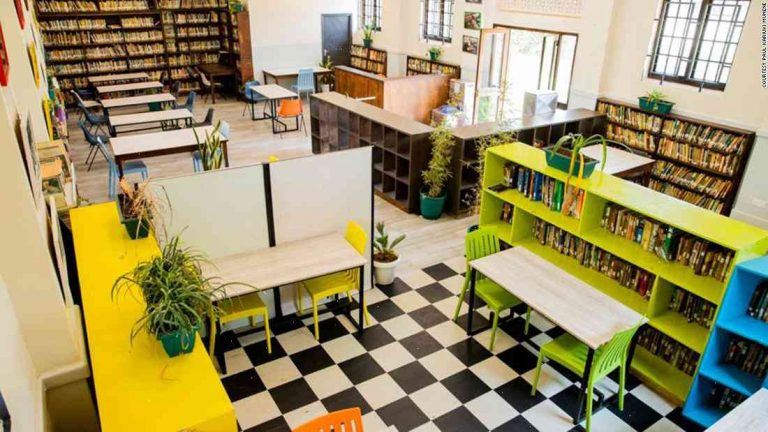 In 2008 the novelist and anti-corruption activist Yvonne Adhiambo Owuor found herself in Kenya’s National Library, working on her PhD on social aspects of the entertainment industry. As she walked through its corridors, she realised that one of her fellow students in college years earlier had just “died in that building”.

It turned out she had simply put books away in a storage room.

Disappointed that the library was failing, she and her PhD advisor, American scholar Alex Redbourn, began a campaign to restore the building and save it for future generations.

“We had this crazy idea,” recalls Owuor. “Imagine this beautiful old building that had been beautifully designed. Why aren’t we doing anything? There is absolutely no reason why this building should be abandoned.”

They decided they would go about it privately, raising the money to repair and renovate the building, provide internships for students interested in the library, and invite an eclectic group of people and organisations to use the premises, either for academic purposes or for parties and seminars.

By 2011, with a history of regressive policies such as the 2006 Mwai Kibaki administration’s eradication of public library services, there was a widespread perception that Kenyan libraries were under attack.

The National Library initiative sought to reverse this trend.