Thirty years ago, the writer Malcolm Gladwell said, “People are always less afraid of disaster and more afraid of going through it.” Although Gladwell was talking about the effects of violent urban warfare, his… 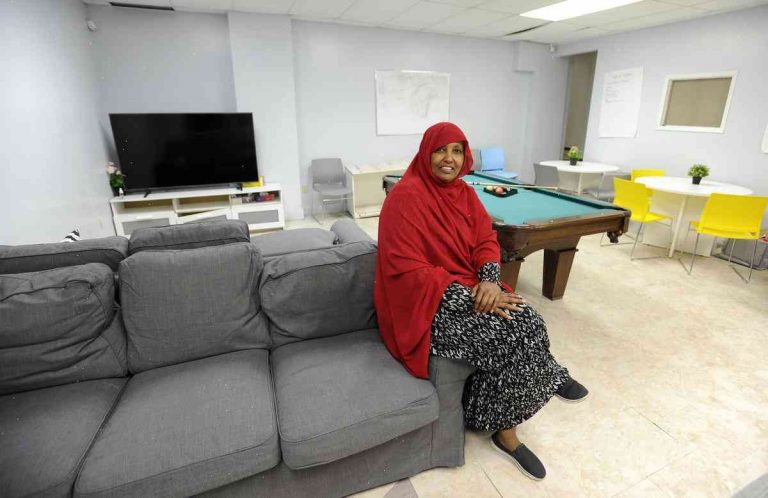 Thirty years ago, the writer Malcolm Gladwell said, “People are always less afraid of disaster and more afraid of going through it.” Although Gladwell was talking about the effects of violent urban warfare, his words apply to the destruction of the infrastructure and great displacement that follow hurricanes or floods.

The weakness that comes from being away and being cut off from reliable sources of information causes more fear than the event itself. Even though you would never choose to go through such an experience, it can also make you feel more resilient and resourceful because you have to become self-reliant in order to survive.

The Japanese astronaut Satoshi Furukawa, who helped to broadcast news of the earthquake, tsunami and nuclear crisis from space, said that instead of weeping at news about the disaster, he began looking around him for survival supplies. This included bringing aboard satellite television that transmitted detailed information at a glance. The satellite broadcast also allowed him to watch his home country’s prime minister comforting the nation.

In some cases, the simplicity of the relief is welcomed. The video of corn and other sustenance sent to Cuba from the U.S. recovered from the near-impossibility of radioing a message. “Much to everyone’s relief, a very friendly voice was transmitted by satellite,” the Cuban government said.

For some, it is the antithesis of basic necessities. Extreme weather brings people together as never before. Many organizations dedicated to disaster relief organize social media campaigns or social media-specific temporary shelters.

The Journal of Disaster Risk Reduction at Columbia University is using social media to research refugee and disaster relief. The international group based at Columbia’s Earth Institute is creating a new tool called “Tweets from Tsunami Shelters.” It enables information sharing on social media from similar sites and proves better suited to disaster-stricken areas than a cellphone. In the case of the tsunami, demand for information spiked in the first 30 to 45 minutes after the disaster hit.

Other uses of social media involve creating emergency “panic buttons” to allow rapid, coordinated transmission of text messages about crowd safety or beaming out high-altitude TV cameras to provide images of disaster-stricken areas. In some cases, it can rescue people stuck in mudslides.

In other cases, the responders and search and rescue teams learn from the people who used social media after natural disasters. Of course, while social media offers quick information about disasters, it can also engage people in information misdirection that can turn disaster into disaster tourism.

The Interactive Newsroom (INN) at the University of Louisville has used Facebook as a way to relay news about developing and natural disasters.

It has teamed up with bloggers to coordinate information sharing and the supply of gear like solar batteries and solar-powered flashlights.

Making smart decisions at what point to use social media involves a balance of need for help, skepticism, logistics and urgency. Once the timing is right and the potential return on investment is clear, the value of social media outweighs the potential negative use.

Information is key and maintaining contact with distant friends and family is critical. Heading to Twitter may seem more immediate than going to FEMA’s Twitter account. However, Twitter can not serve as primary communications infrastructure. Twitter should be seen as a complement to established systems, the best way to establish contact with distant relatives and help with getting food and water.

In addition to social media, I believe there is another reason that people will be using social media as a primary way to get information. They might be doing so because they are experiencing financial hardship and communication is the only way to get needed information quickly.

Simply put, the world is a great big island. Whether trying to get information about resources in the case of a natural disaster or dealing with a financial emergency, social media can be one source of quick and accurate information.

Charlie Nelson is a former engineer with Lockheed Martin, a business columnist for AOL Small Business and a faculty member of the Graduate School of Urban Policy and Management at the University of Maryland.