Adding to the concerns surrounding rising gun violence, Denver police are investigating the circumstances surrounding a shooting in Englewood last week that killed a high school freshman in the middle of the day. Unarmed,… 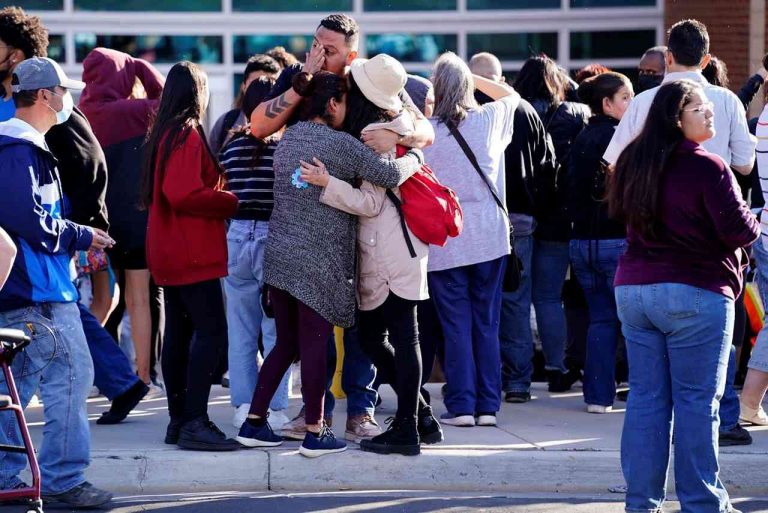 Adding to the concerns surrounding rising gun violence, Denver police are investigating the circumstances surrounding a shooting in Englewood last week that killed a high school freshman in the middle of the day.

Unarmed, and in a car, the 16-year-old was shot four times just before 12:30 p.m. last Thursday. Police have arrested a suspect in the case, the victim’s cousin.

He now faces a first-degree murder charge, according to a Denver Police Department spokesman.

On Wednesday night, Englewood Police Chief Michael Marshall released a statement about the case, saying the teenager had been a member of the Cherry Creek High School varsity football team.

The suspect is not facing criminal charges for the slaying.

“Those involved in the 2012 shooting of the victim should be considered persons of interest in the investigation,” Marshall said in his statement.

Neighbors are sharing their fears after 5 teens were gunned down in Colorado. #7News pic.twitter.com/0bhLjF2FQp — Drew Engelbart (@DrewEngelbart) March 14, 2016

Englewood police identified the victim as Marta Bueno. The one-and-a-half year old boy from Mexico was a student at Cherry Creek High.

Details of the case are still sparse.

One of the bullets hit a Toyota Tundra, parked outside the principal’s office, where a teacher who was in her classroom at the time was texting her assistant principal, said Capt. Chris Riley of the Englewood Police Department. The assistant principal arrived a couple of minutes later and discovered the victim.

Police did not immediately know what happened to the suspect.

Marshall said this type of situation was “hard for everyone in the department to understand.”

They are working closely with the school district to follow up on witnesses who contacted them. Englewood police, they said, are reviewing video from the school and fire departments.

Superintendent Omar Diaz spoke at a press conference, saying his staff is focused on providing support for students and staff.

He said students, teachers and staff at the school are receiving grief counseling.

The student who was killed was a student. Those who knew the victim, however, said that he was an all-star football player. He had just wrapped up a season in which he led his team to a third-place finish in the 4A playoffs.

“This is a close-knit family and I’m not sure that this is something that we can really grasp,” Diaz said of the case, declining to go into details about what happened.

What’s clear, though, is that this shooting, like many in Denver, comes at a time when the community, as well as the police, feel that more is needed to deal with the escalating problem of violent crime.