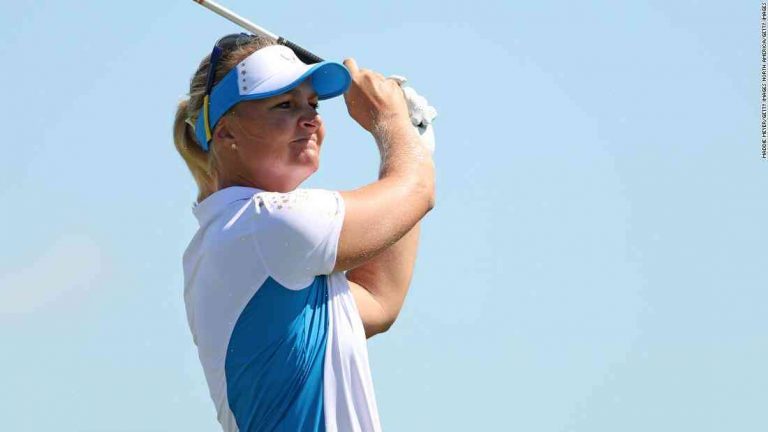 You are asking yourself: Why? I want to hear from her about why she has not yet won her first major, and that is because every time I play with her, she is spectacularly consistent. She is a class act.

I asked her at the Kraft Nabisco when she decided to quit smoking, and she said that she wished she had quit a decade earlier.

I asked her if she was worried about the entire class of the tournament doing as well as she did this year, which would be an unprecedented feat. She said she was happy to be in the same company as Lexi Thompson and Brittany Lincicome, other co-leaders at the event.

I asked her if she was worried about her off-course experiences, given the less-than-celebrated state of the Saudi Tour. Her answer was: All of the above. I asked her if she was considering skipping this week to give her better travel priorities, and she said: She is planning to play tomorrow and Sunday.

I asked her what her reaction would be if she won and her standard golf did not hold up, and she said she would be OK with that.

But then I asked about her reaction if she wins and it does not hold up, and she said, “I would be devastated.”

INTERVIEW: Without functioning schools, many Afghans head to the mountains to eat