By Todd Starnes It’s a critical moment. With a vote Tuesday, the Supreme Court is poised to decide the future of the Roe v. Wade decision that legalized abortion nationwide. To say the stakes… 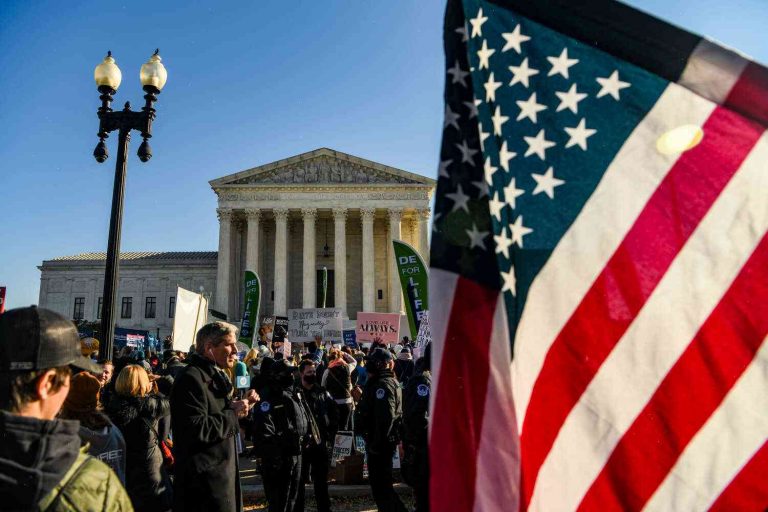 With a vote Tuesday, the Supreme Court is poised to decide the future of the Roe v. Wade decision that legalized abortion nationwide.

To say the stakes in this case are high is an understatement. Roe v. Wade is one of the most respected decisions in our country’s history.

It defined a constitutional right for every woman to control her body and take control of her life.

At the same time, it held up the right to life as a sacred principle.

That constitutional promise could come crashing down if the justices go in a different direction.

The stakes are so high that all eyes are turning to the Chief Justice, John Roberts.

The Chief Justice has enormous power to tip the balance in the case.

He helped craft the rationale for the ruling that legalized abortion, signing a joint statement with Justice Kennedy.

So who will he side with in a case that most conservatives consider a clear victory for life?

We’ll all know on Tuesday.

If he shifts the vast majority of the four liberal justices, the case will conclude with a majority finding that states may not regulate abortion by restricting its public funding or placing any kind of restrictions on it.

That’s just a guess. The Chief Justice will not say a word about his leanings in this case until he announces his opinion.

But he is worried about changing his legacy. He does not want to join Justice Alito, Justice Gorsuch, Justice Sotomayor and Justice Kagan – who voted against the right to abortion in the Second Circuit Court of Appeals.

He is not going to allow a judicial coup to take place.

That was the real dilemma facing Justice Kennedy. He knew Roe v. Wade was an important decision. But when it came to the abortion side of the argument, he was pro-life and his conscience was against the decision.

And I can’t help but think those old values are part of what inspired Chief Justice Roberts to choose to oppose abortion.

But if the Chief Justice is anti-life, the justices might as well be devil’s advocates.

Two other justices, Justice Ginsburg and Justice Breyer, are no strangers to the pro-life movement either.

Their records don’t exactly promise pro-life majority. Justice Ginsburg was also on the dissenting side of Roe v. Wade. And in one of the darkest moments of Roe v. Wade, Justice Breyer delivered the main dissent.

When the vote was called, Breyer barely gloved his hand and cringed in the witness stand as he recounted the horrific details of a later case where a woman tried to get an abortion.

All of those justices knew the error of their ways.

They knew they were allowing an American constitutional right to rape and murder an unborn child.

But they never turned their backs on life.

That’s something that Chief Justice Roberts and the other four justices must remember.

It’s the reason for Chief Justice Roberts’ extraordinary loyalty to the sacred gift of life, and their concern that shifting the balance in the Supreme Court could plunge us into a new dark era.

It’s a tragic day when America’s elected representative threatens to hand over control of the country to unelected judges — in the name of a losing political battle.

It’s the cause of large-scale unrest and danger in the hearts of our fellow Americans.

Roe v. Wade has transcended politics and class. It is a civil rights decision based on the truth that every woman is a child.

There is no other way to put it.

And there is not a single person in America who supports the killing of innocent children.

What we lose in a shift to the ruling right would undermine that truth. And that’s why the future of this country depends on the leaders on the Supreme Court to preserve the values that Kennedy pledged to preserve.

Fox News contributor Todd Starnes is the author of “God Less America: Real Stories From the Front Lines of the Attack on Traditional Values.”

Two Minnesota residents tested for radiation, but both died